was born on June 14, 1950, the Army’s Birthday and Flag Day, in Lebanon, Ohio. He graduated from Lebanon High School in 1968. COL Roberts enlisted in the Army, as an infantryman, at the age of 17, three days after graduating from high school. He remained in the service until 1971, completing tours in Germany and South Vietnam. COL Roberts earned a Bachelor of Arts degree in Sociology at the University of Dayton and a Masters of Social Work degree at the University of Cincinnati. Later he completed an additional Master’s degree at the United States Army War College. COL Roberts received a Direct Commission in the Ohio Army National Guard in 1989 and came on Active Duty in 1991. During his career in the Army, he completed 8 command assignments and completed tours in Vietnam, Germany, Korea, Haiti, Egypt, Saudi Arabia, Iraq and Kuwait. His military awards in Combat Zones include the Congressional Medal of Honor, two Silver Stars, three Bronze Stars, three Air Medals, and numerous Unit Citations among others. COL Roberts retired in July 2012. 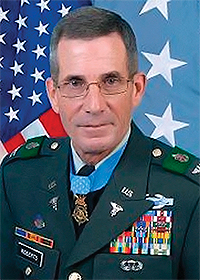 has served in the U.S. Army Reserve since 1998, currently holding the rank of Lieutenant Colonel. In 2005-2006, he served as Chief of Surgery for the 344th Combat Support Hospital stationed in Abu Ghraib, Iraq. For his service, he was awarded the Combat Action Badge and the Bronze Star Medal. In 2012, Dr. Wenstrup was elected to represent the people of Ohio’s Second Congressional District in the United States House of Representatives. He brings experience as a doctor, Army Reserve officer, Iraq War veteran, and small business owner. He serves on the House Armed Services Committee and the Committee on Veterans’ Affairs, where he is working to strengthen our military and national defense, help our returning service members transition to civilian life, and support southern Ohio’s veteran community. During his time in Congress, LTC Wenstrup is fulfilling his Reserve duties by treating patients at Walter Reed National Military Medical Center in Bethesda. 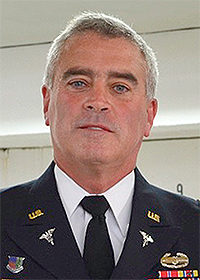 is Director of the Trauma Recovery Center at the Cincinnati VA Medical Center and Professor of Psychiatry and Behavioral Neuroscience at the University of Cincinnati. In her national role, Dr. Chard oversees the dissemination of Cognitive Processing Therapy to VA and Department of Defense clinicians across the United States and Canada. Dr. Chard is an Associate Editor of the Journal for Traumatic Stress and she is an active researcher. She has conducted several funded studies on the treatment and etiology of PTSD and she currently is exploring the efficacy of CPT with veterans with PTSD and comorbid traumatic brain injury. Dr. Chard has over 40 research publications and 100 presentations at national and international conferences and she is the recipient of many civic, academic, and national awards. 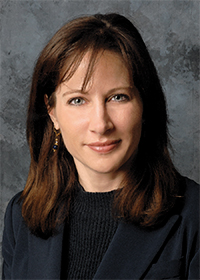 is Director of the Division of Trauma and Surgical Critical Care and Professor of Surgery at the University of Cincinnati. Dr. Johannigman currently serves as the Region V Chief for the American College of Surgeons Committee on Trauma. He was born in Cincinnati and graduated summa cum laude from Kenyon College. He went on to receive his medical degree at Case Western University and completed his Surgical Residency and a Fellowship in Trauma and Surgical Critical Care at the University of Cincinnati. Col. Johannigman was commissioned as a second lieutenant in the Air Force Reserves in 1979 and remains an active member of the United States Air Force Reserve. His current assignment is Individual Medical Augmentee to the Command Surgeon of Air Mobility Command, AMC. Col. Johannigman has been deployed on six separate tours to southern Iraq and was most recently deployed as the DCCS for the Craig Joint Theater Hospital, Task Force Med E, Bagram Air Base Afghanistan, August – November 2012. 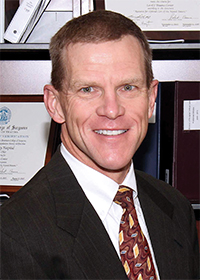 is Medical Director of the Acute Care Surgery Service and Associate Professor of Surgery at the University of Cincinnati. He is an active member of the Division of Trauma, Surgical Critical Care & Acute Care Surgery with an interest in aeromedical transport and trauma care research. Prior to becoming a full-time faculty at the University, Col. Dorlac served on active duty with the USAF for 26 years, retiring in 2011, and is credited with many of the trauma system advancements that have led to improved survival and outcomes for our combat casualties. His last military assignment was serving as Director, Center for Sustainment of Trauma and Readiness Skills (C-STARS) from 2007 to 2011. In addition, he served as the Trauma Consultant to the USAF Surgeon General from 2008 through 2011. In 2009, he deployed as the Central Command (CENTCOM) Joint Theater Trauma System Director where he oversaw trauma care in Iraq and Afghanistan. In his prior assignment, he was the Trauma Medical Director at the Landstuhl Regional Medical Center (LRMC), Landstuhl, Germany. Dr. Dorlac graduated from Regis College in Denver and received his commission from the University of Colorado USAF ROTC program. 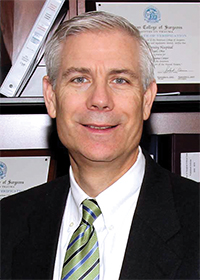 a Cincinnati native, obtained his B.S. in Biological Sciences at the University of Notre Dame with magna cum laude and Distinguished Military Graduate distinction and subsequently earned a doctorate in Neuroscience at the University of Pittsburgh. He embarked on his career in military medicine at the Walter Reed Army Institute of Research where he served in the U.S. Army for 8 years, separating from service at the rank of Major. In 2008, he joined the University of Cincinnati Department of Neurosurgery, where he is now a Research Associate Professor. With 50 publications, Dr. Hartings has distinguished himself through significant achievements in both laboratory and clinical studies of acute brain injury. He has pioneered new methods to monitor pathologic processes in the brain and has characterized the detrimental effect of seizure-like ‘brain tsunamis’ on recovery from brain trauma. He currently leads an international research consortium on brain monitoring and receives significant funding from the Department of Defense. 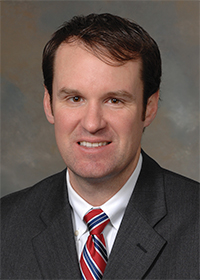