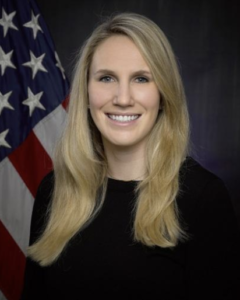 Annemarie E. Orr TD, OTR/L is an Occupational Therapist in the Amputee Service at Walter Reed National Military Medical Center and an Assistant Professor of Physical Medicine and Rehabilitation at the Uniformed Services University of Health Sciences. Annemarie is a native of Coronado, California and went on to earn her B.S. in Health Promotion and Disease Prevention and her Master’s and Doctorate of Occupational Therapy from the University of Southern California. Since beginning tenure at Walter Reed, her clinic work has focused on the comprehensive care of military service members, retirees, and dependents with polytrauma and amputations.  She currently holds positions as an associate investigator on research studies on surgical and rehabilitative advancements in upper and lower extremity amputations and prosthetic technologies. She is also a contributing author to various textbooks, clinical practice guidelines and articles on the topic of rehabilitation of amputations, and is an avid supporter of adaptive sports programming for injured service members. 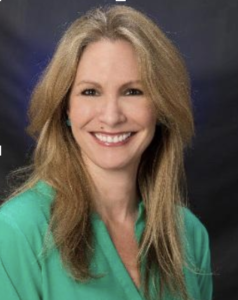 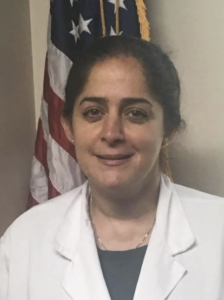 Atossa (Ati) Tahvildary has been serving as a physician assistant in the Department of rehabilitation for the past 10 years, participating in Amputee, Opioid, mobility, and general rehabilitation clinic.

Prior to working as a PA, she had completed Master of Science in Chemical Engineering in 1996. She graduated from PA program at UMD, and Howard University in 2005. She also completed a graduate program in surgery for PAs at Adventist health care in Maryland.

She is currently a member of White House medical unit. 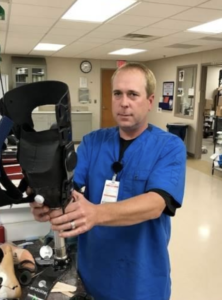 Peter Paul Anderson is a certified prosthetist-orthotist and lead lower extremity prosthetist with the Walter Reed National Military Medical Center. Since Jan. 2013 he has been involved in the rehabilitation and development of prosthetics for military patients and their family members.

Prior to Walter Reed, Mr. Anderson had ten years under his belt working and volunteering in the prosthetics and orthotics field in Texas, Virginia, Haiti and in Las Vegas, Nevada while his wife was stationed at Nellis Air Force Base.  Mr. Anderson has dedicated his life’s work to the advancement of full-service care and quality of life restoration for his patients’ and their families.

Outside of work, Mr. Anderson enjoys golf, fishing, surfing and spending time with his wife and two dogs. 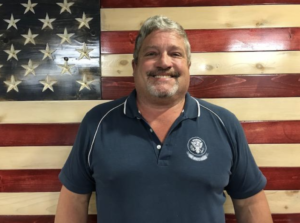 Steven Springerearned a Bachelor of Science Degree of Nursing in 1986 from Widener University. Steve Springer is one of two Nursing care Coordinators for the Amputee Service which encompasses the Military Advanced Training Center (MATC) located at Walter Reed National Military Medical Center in Bethesda, MD.  He has been working for this program since 2003.

He served in the US Army for 20 years with assignments including Ft Benning as an enlisted infantryman and Officers Candidate School, Ft Belvoir, VA and Ft Leonard Wood, MO as an Engineer Officer; as a nurse he served at Ft Eustis, VA; Ft Sill, OK; Tripler Army Medical Center in Hawaii; the US Military Academy, West Point and Ft Hood, TX.

He currently resides in Potomac Maryland with his wife Barbara and they have two sons, Nicholas and Michael. 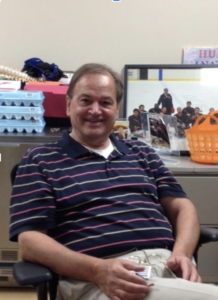 Robert Bahr has been a Physical Therapist for 43 years, splitting his career with active military service for twenty-four years around the globe and continued civilian service following military duty.  After graduating from the University of Kansas, Lawrence with a Bachelor’s degree in Political Science and Duke University with a Master’s of Science degree in Physical Therapy, Robert worked in a home health agency in Nashville, Tennessee for three years before starting a twenty four year career on active duty with the US Army Medical Department.   He served primarily in the Southeastern United States and Germany. Assignments included Fort Gordon, GA as a staff therapist, Aberdeen Proving Ground, MD as chief of a small clinic, Fort Hood, TX as the Assistant Chief of the Clinic, Fort Lee, VA as clinic chief, 130th Station Hospital in Heidelberg, Germany as the Assistant Chief, Fort Benning, GA as Chief of the clinic, Fort Gordon, GA as Chief of the clinic, Walter Reed Army Medical Center in Washington, DC as the Assistant Chief, and at Fort Myer, VA as the Chief of the clinic.  After retirement, he continued to serve the military community at Fort Belvoir hospital. In 2004, Robert took a job in Physical Therapy at the Military Advanced Treatment Center (MATC) at Walter Reed Army Medical Center in Washington, DC, working as a contractor primarily with amputees from Iraq and Afghanistan.   He became a government civilian and continued to work at the Military Advanced Treatment Center with eventually being transferred to the new Walter Reed National Military Medical Center in Bethesda, MD. He currently is the longest-serving physical therapist in the MATC. He has also devoted time to the Achilles International Track Club which supports disabled individuals in the military and civilian communities.  He has been instrumental in developing and maintaining the Segway’s for Vets Program from its inception. Over the years he has had a positive impact on the patients he has seen.